Why I love the Skate Park 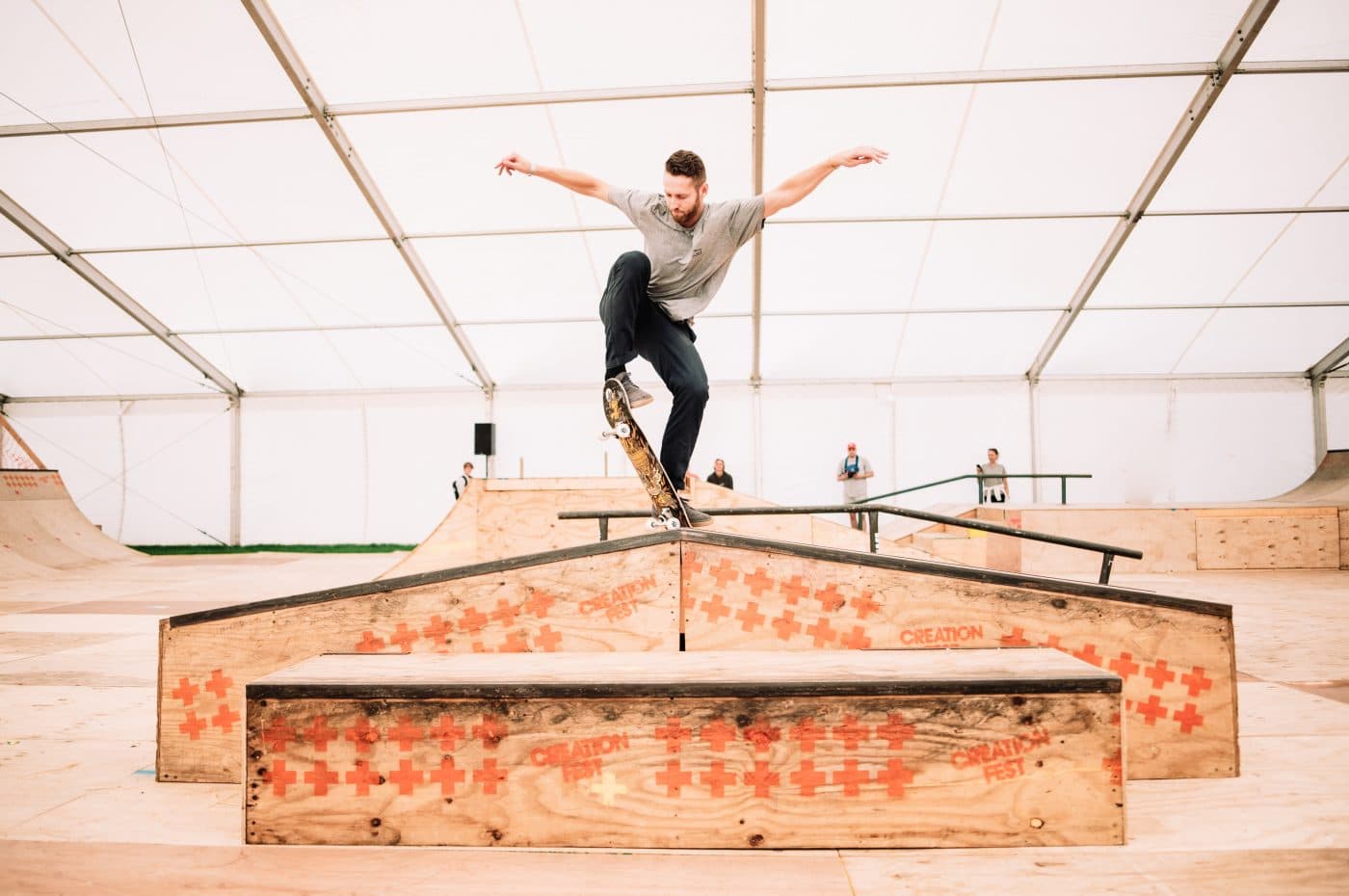 It’s fair to say that Creation Fest is pretty much an established part of our calendar these days. I can’t figure out if 2019 was the 12th or 13th year that I’ve been involved, but whatever the number, it’s always a joy to gather with friends from different parts of the world, celebrating Christ and seeking to make him known. I typically find myself serving in the skatepark, as that is something that I’ve been involved with for most of my life, so no wonder God has used it for his purposes.

Thinking back to the first time I was invited to help, Phil Pechonis (festival founder) asked me to come along and ‘see what they had going on’. I guess you could say that the rest is history!  Over the years, despite his illness and eventual passing to be with the Lord, Phil had a massive impact on my life. His love for Christ and his passion for people was contagious, and I know that God definitely used him to shape the way I personally approach ministry. He showed me that God can and will speak through me in any and every situation, more obviously so when I operate in faith and obedience. He demonstrated to me that I don’t have to ‘fake it to make it’, as he was fully himself in every situation. He also encouraged me to understand that, despite the underlying fears and insecurities, it is easy to introduce someone to the best person ever (FYI Jesus) and that after the introduction, we can trust God to carry on the conversation in a number of ways.

The skate park has certainly changed over the years. It’s got bigger, has finally found a home it can stay dry in, and it’s crazy to think that scooters had only just come onto the scene as I started; now they fill the place. This year, I worked with a team that had mostly never met Phil, and yet, whilst the style and structure of the festival has developed, they experienced something of the same lessons that I had learned.  We experienced the joy of gathering to pray faithfully. We saw the impact of sharing scripture openly, kindly and relevantly with others. We saw the power of introduction. We laughed at ourselves, and at each other.

I guess that’s the way that Phil showed me that God’s kingdom works, and it’s so releasing… that I get to be used by Jesus in whatever position I find myself, that I make friends along the way, and that whether my name is remembered or not, I just want people to remember the name of Jesus.

All our latest news direct to your inbox!